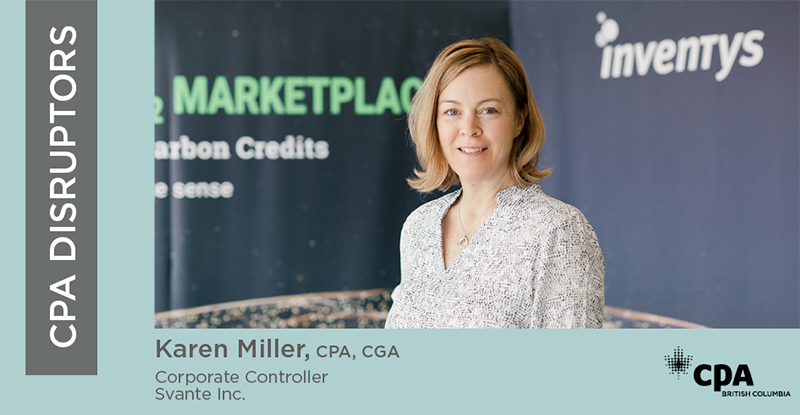 *This article was originally published using Svante Inc.'s previous company name, Inventys Inc. As of October 28, 2019, Inventys has rebranded to Svante, signalling the company's evolution from a technology development company to a commercial enterprise.

Number one on the list of risks to organizational growth, according to CEOs around the world, is climate change. And while talk about combatting climate change abounds, impactful solutions that will be widely adopted seem in short supply. Most can agree that addressing climate change – as outlined in the Paris Agreement –  will necessitate reducing the amount of greenhouse gases (GHG) being released into the atmosphere, chiefly carbon dioxide (CO2).

Svante, a Burnaby-based cleantech company developing carbon capture technology, is tackling this global-scale challenge, with real results. The company, which aims to build the CO2 marketplace by matching man-made CO2 sources with industries that require CO2, has developed smaller and more effective carbon capture technology that has lower capital costs, making it far easier for industry to adopt. 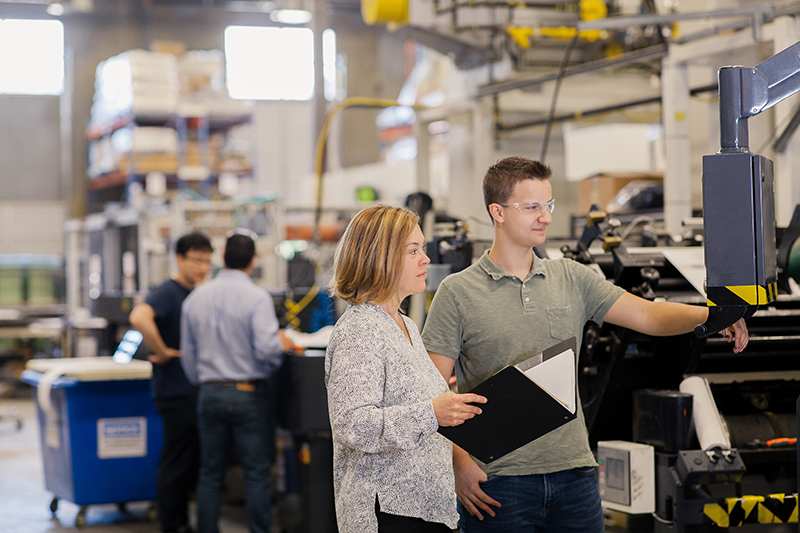 Research facilities at Svante's headquarters. While the company is located just outside of Vancouver, its partnerships and potential are global. Photo credit: Wink Photography

Its strategy is to reduce GHG emissions by capturing CO2 as it is released, for example from the flue stacks of industrial plants, after which it can be used for industrial purposes. Until recently, the incentive to capture CO2 has been limited because the cost has been too great. Cost has also prohibited the successful development of a CO2 marketplace that functions on supply and demand – for example, one where carbon is captured in one location, such as from the flue stack of an industrial plant, then purchased and transported for storage at another location, for example, for use in enhanced oil recovery.

Karen Miller, CPA, CGA, a member of Svante's leadership team and its corporate controller has helped take the company from a start-up to a leader in the carbon capture market. She notes that along with building better carbon capture technology, “Svante also consider how the CO2 that we capture can be used – we are not only focused on being a supplier of capture equipment, but enabling the adoption of carbon capture by creating a marketplace where CO2 emitters and users can freely trade CO2.”

She continues, “The potential market for CO2 is massive and only a small fraction of this market is being accessed with conventional capture technology –  achieving only a 10% market penetration worldwide would represent a $200B market.”

While Svante's headquarters are located just outside of Vancouver, its partnerships and potential are global. The company has received support from international heavy hitters to develop its technology, including funding from the US Department of Energy, and from Oil and Gas Climate Initiative, a consortium of major energy companies.

The focus has been on Svante's new breed of carbon capture technology. It consists of thin sheets of structured adsorbents, a substance that can catch and release CO2 in a few seconds. These sheets are stacked on top of each other to essentially create a powerful filter that strains CO2 out of industrial emissions.

This technology is approximately half as costly as conventional carbon capture technology and much faster at filtering CO2 out of emissions. The technology is incorporated into a carbon capture plant that is also built by Svante. The plants are modular and scalable, allowing them to be located where CO2 is produced, and can be pre-engineered, automated, and customized for each application.

Karen underscores that international collaboration has helped Inventys meet its goals of creating better carbon capture technology. “Climate change is a global issue. Countries in every corner of the world are investigating ways to address it and they are willing to search the globe for solutions,” she says.

“This provides Svante with technology and funding partnerships beyond our borders which will enable this technology to reach commercialization sooner and provide a lasting impact. Our market entry strategy is based on beachhead customers located in Canada and the USA and Middle East where CO2 can be monetized.”

Along with partnering with different countries, Svante also partners with companies in different industries to build carbon capture plants that meet their specific requirements. It has targeted the oil and gas industry, which has the wealth to pay for CO2, has existing CO2 pipelines to transport the gas from one location to another, and requires CO2 for storage in enhanced oil recovery (EOR). 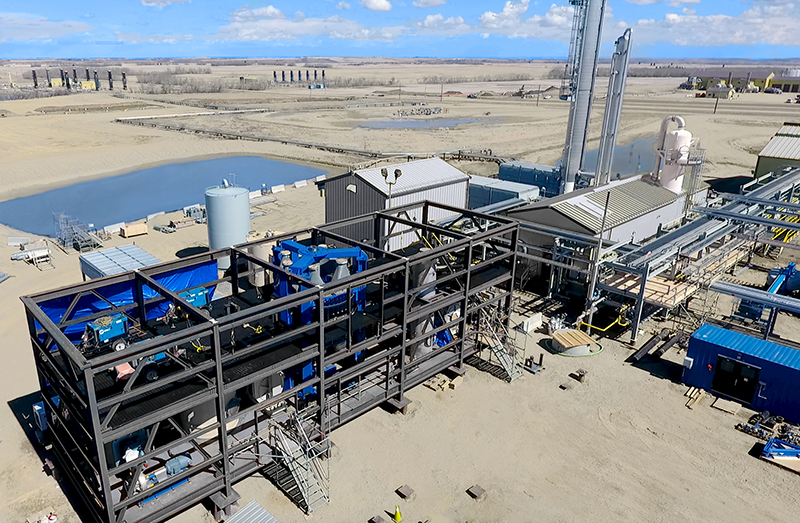 Svante's carbon capture plant demonstration project, built in partnership with Husky Energy, located outside of Lloydminster, SK. The plant is due to start operating in November 2019 and will capture 30 tonnes of CO2 a day. Photo credit: Svante

Svante is currently working with Husky Energy to build a plant that can capture 30 tonnes of CO2 a day. Located in Saskatchewan, the plant is the first of its kind and due to start operating in November 2019. “This is the first demonstration at a meaningful scale of a carbon capture technology using structured adsorbent material for storage in the EOR industry,” says Karen.

“For CO2 capture for EOR to make economic sense, the cost of capture needs to be approximately $20-30 per tonne, which will be achievable with our technology.”

Svante is also working with cement company Lafarge Canada to build a system to capture and reuse CO2 emitted from Lafarge’s plant in Richmond, BC, while also reducing greenhouse gas emissions. Captured CO2 will be injected into the concrete, causing it to cure faster and producing a stronger product.

Scheduled to be operational by the end of 2020, it will be one of the world’s first full-cycle solutions to capture and reuse CO2 from a cement plant, and will make the facility the most carbon efficient cement plant in Canada. 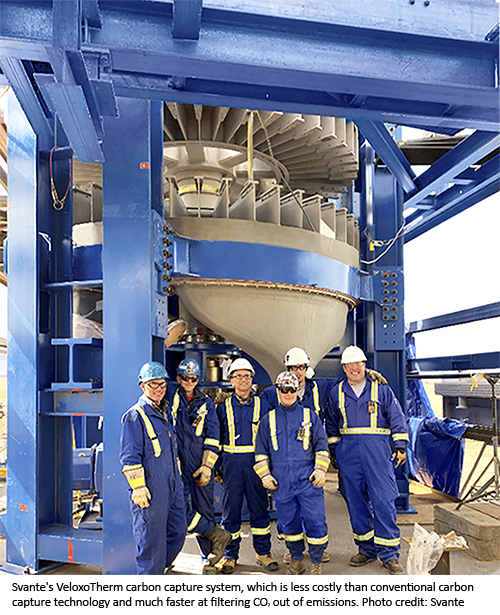 Commenting on the hurdles she’s encountered and overcome to grow Svante, Karen says, “Financing is one of the greatest challenges for any disruptive capital-intensive cleantech technology development. Investors at the early stages of development were interested in seeing our technology demonstrated in our labs.

But as our technology has matured and we understand these variables in our lab, the challenge becomes demonstrating it at a large scale, for example on actual flue gas, and financing that demonstration at $15-50M per project.”

Understanding exactly where the company is in the development life cycle of their technology has been essential. Karen notes that over the past decade, she has worked to partner with the right type of investor at each stage of development.

Karen also ensures Svante is applying the proper governance practices, and that financial reporting is done with precision and in a timely manner. “I work very closely with senior management and our board of directors to develop sound internal controls and corporate governance practices in order to mitigate business and financial risks and improve operational efficiency,” Karen says.

She continues, “I have designed and implemented systems to capture and categorize our expenditure, as it is critical that our management, financing partners, shareholders, and other stakeholders receive accurate and timely financial reporting in order to make future decisions.” 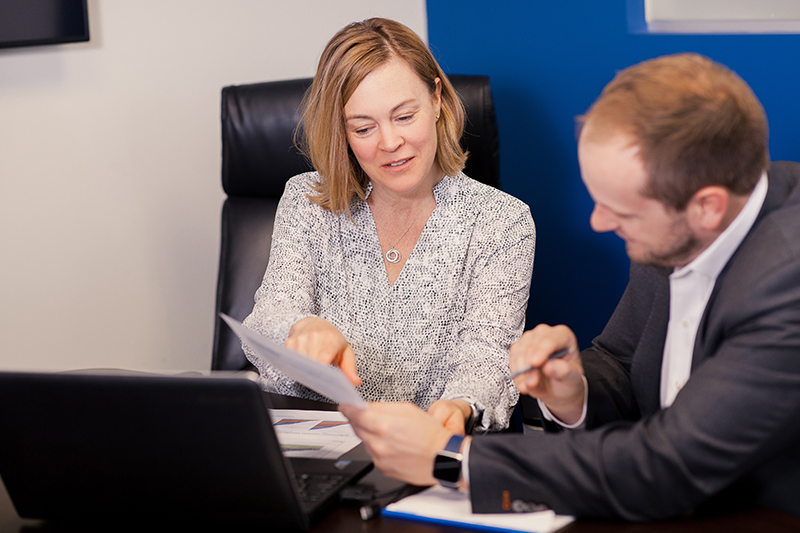 Her expertise has supported the company’s success. “We are now partnering with some of the largest oil and gas companies in the world to commercialize our CO2 capture plants at large enough scale to demonstrate an attractive, repeatable, and scalable business model, while reducing the amount of CO2 entering the atmosphere,” she notes.

In closing, Karen underscores that while Svante is a single company, its technology has the potential to make a global impact. “I’m proud to work for a company that’s focused not only on shareholder returns, but also on developing a game-changing technology – one with the potential to significantly reduce greenhouse gas emissions,” she says. “Carbon capture and management is one of the greatest challenges of our times.”

Leah Giesbrecht is a communications specialist with the Chartered Professional Accountants of British Columbia.

This year, CPABC honoured Olin Anton, FCPA, FCA with the Lifetime Achievement Award in recognition of his dedication, commitment, and outstanding contribution to the CPA profession and community. 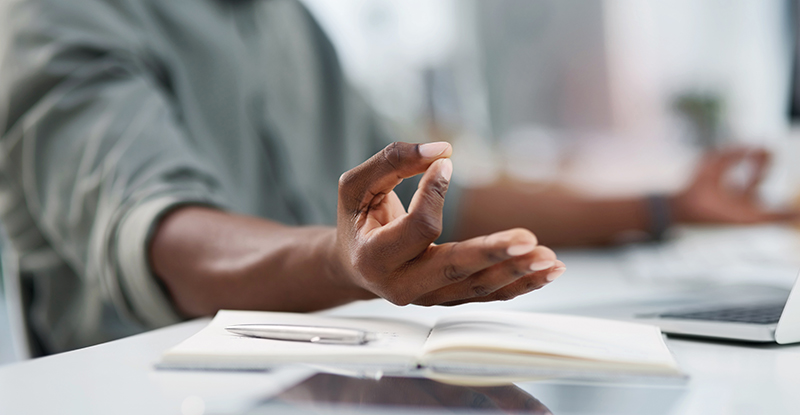 A look at the results of CPABC's Mental Wellness survey

By Jamie Midgley
CPA Profession
‘Be authentic in your own skin, do not look to fit into a mould’

May is Asian Heritage Month. To commemorate it, we spoke with three CPAs of Asian descent to hear how their heritage has influenced them as Canadians and professional accountants. 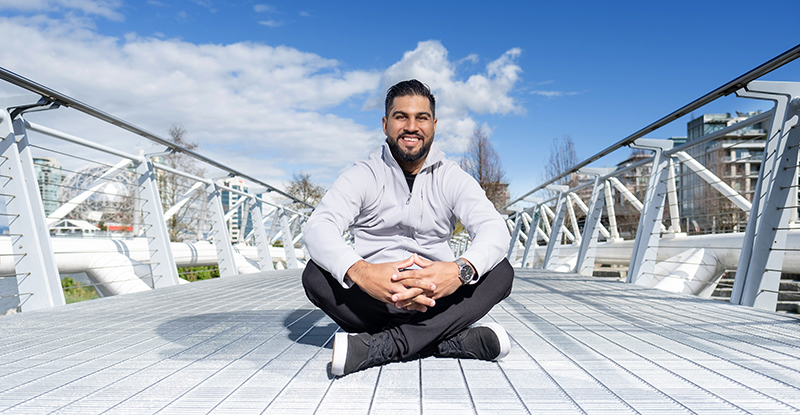 For Adam Karim, CPA, getting his accounting designation was an important stepping stone to his ultimate goal.