No cookie cutter approach to gender parity: Every woman has her own unique challenges 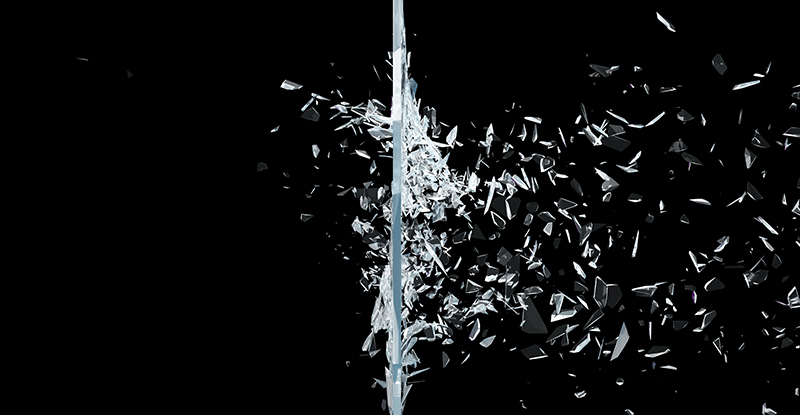 In our podcast episode, Amy Lam, FCPA, FCA, CPABC EVP Corporate Services & CFO, speaks with DIVERSEcity’s Neelam Sahota, FCPA, FCGA about the challenges of breaking the glass ceiling and championing women in the workplace. Part of our Coffee Chats with CPABC podcast series.

In the March/April issue of CPABC In Focus, we shared stories of how five female CPAs work to break their glass ceilings and support other women in the long path towards gender parity. Recently, I had the opportunity to speak with one of them, Neelam Sahota, FCPA, FCGA, CEO of DIVERSEcity, a local registered charity that assists newcomers and diverse communities with settlement, language, and employment services. In our conversation, we talked about Neelam’s journey to the C-Suite and how we can support other women in their respective journeys.

Neelam, last year you were featured by DARPAN Magazine, where you said, "Women are the real architects of society, and I truly believe we are on a journey in deconstructing societal norms of what a woman should be. Womanhood is defining yourself on your own terms, unapologetically." You’ve defined yourself in your journey to the C-Suite. Can you share with us what your journey was like? 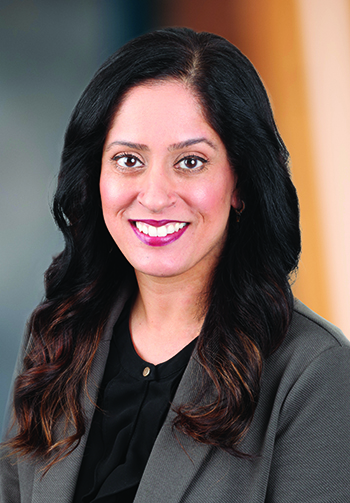 A big component of my core values was recognizing time and being intentional about how I’m spending that time. So, early on in my career, I identified areas of my life that I knew I would not compromise, such as having sufficient time with my children and having a specific amount of time to spend on my own development. As a result, I had gaps in my employment, which traditionally has been seen as something negative, but that wasn’t the case for me. Those gaps were very purposeful and they allowed me to create a reset and the ability to look at what's next through a different lens.

That's not to say I didn't have any difficulties along the way. I've certainly had to deal with western and patriarchal constructs of what it means to be successful. I remember being in the corporate sector and being told by my supervisor that if it hadn’t been for motherhood, as I was five months pregnant at the time, that I "could have become something."

At the end of the day, I’m at peace with each of the decisions I've made along the way in my journey to the C-suite. And I truly believe if you're happy, doing what you love to do and it's your passion, you will see success. And my success has led me to the C-suite.

During my career, I have been fortunate and had people who supported and advocated for me in some of the organizations where I've worked. But many women are still missing that advocacy and support in the work place. As we read in the In Focus article, in 2019, men still held over 90% of the executive roles in the C suite here in Canada, while women accounted for just over a third of all managers in Canada. Why do you think we've made so little progress in terms of gender parity, especially at senior levels?

This is tied to the whole concept of the traditional framework of women's equality, which has been built in many ways within a Western construct, a colonial construct that lacks an intersectional approach, leaving some women behind. When you have a framework that not every woman is able to connect to in some way, shape, or form, it feels very much like a process that is not meant to support them. To see and envision oneself and one's journey, people need to feel that they're part of this framework and that there are options available for them.

I also think that this notion of a glass ceiling is something that is put there. It definitely is a really strong metaphor, but we haven't paused to find out if there is also a sticky floor for many others. Things that are not even allowing some women to feel like breaking the glass ceiling could be a possibility. There are many things that are holding women back from being able to envision themselves in a career that's more than what they imagined could be possible for themselves.

Recognizing that it will still take years to close the gender parity gap, during the next two to five years what progress would you like to see made? What do you think can be done to speed up the progress?

The other is providing authentic insight. For those in or aspiring to be in C-suite positions, they need to have the opportunity to have meaningful ways to test pilot and see what things are like, and have an open forum to network and create those authentic relationships. By creating a networking opportunity or a circle of individuals that are at a similar stage of their career, it can create a support group to provide confirmation or missing pieces, because it's the fear of not knowing that is holding us back.

Women of color are still way behind in being represented at the C-suite level. In fact, Sheree Atcheson, a multi-award-winning global diversity and inclusion leader and author has said that, “the issue with the blanket statement of breaking the glass ceiling is that it fails to recognize that women are not equal or not all equal, and we all do not face the same struggles. Many women do not have the privilege of having a glass ceiling to break." I'm curious to know what your thoughts are on that statement.

It really lays bare everything else that has not been considered when we talk about glass ceilings and the assumptions that have been made. And certainly all of those factors — whether they're ethnicity, race, age, disability — they're all factors that have been identified by people who are not in those shoes. And it's really important to take a look at it from a curiosity lens.

That's one of the key areas where you see more of the traditional approaches to gender parity really missing the mark. It is not involving those who are directly affected the most. And certainly, our western constructs of policy and legislation is a top-down approach. The idea of having a bottom-up approach is a fundamental shift that needs to happen.

We need representation from these groups at the table when we're having these conversations. And I'm so glad to see more diversity in film and TV, as well as in children's toys, to inspire the next generation of women leaders. Did you have a female role model growing up? And how important is it for children of color, particularly girls, to be able to see and relate to characters or real-life people who share their skin color?

Anytime you see someone and can imagine yourself being in their shoes for a moment, it creates a really powerful connection. And as women, especially young girls, when you see another woman in a role traditionally held by men, it’s almost always a “Wow! I did not know this door was open” moment. When you add in that extra layer of intersectionality, especially involving race, that's even more powerful.

But it doesn't just come from a natural progression to say, "Oh, if I see someone that's my colour, my gender, it's strong." As women of colour, we fight inherent biases inside our thinking as well. They're deep-rooted, and they're subconscious. An example of this is despite having more diversity in Barbie dolls, you often still see young girls gravitating towards the traditional Barbie, because it has been pre-programmed into us to think this is what Barbie should look like and how girls should look like.

However, we’ve come a long way from when I was a young girl. It’s been really powerful for more and more women to see other women pioneers in their communities rise up. And sometimes, you don't know if that was your role model growing up. It's not actually until later, when you look back and you say, "Who's the person that still comes to mind as someone that gave you that wild moment?"

For me, I would say growing up in Canada in the 70s, there weren't a lot of women that looked like me. Back then, if you asked me if I had a role model, I would not have been able to say yes. But when I look back now, I realize that a big role model for me was Shushma Datt. She's one of our pioneer broadcasters here in British Columbia, and I grew up watching her.

Every time I looked at her, there would be something that would break a barrier for me. She was a single mother in a brand new country working in a male-dominated field. And she would say and do things that pushed the envelope on the women's agenda, equality, and parity back when it was barely talked about. Her journey has been a motivating factor for me to really instill in myself to do what I need to do, live by my values, and be true to yourself.

Having those role models that you can relate to is extremely powerful and important. For those in senior leadership, can you share how we may be able to lift up the next generation and help them remove some of those barriers?

What we need to do is look hard at some of our own biases that we've grown up with and have shaped our careers. There's a lot of us that have really fought our way to the top, and there's this mentality that we have to go through this and this is what it takes. And having a we versus them mentality of, "Well, the future generations don't have it as hard," or "We've paved the path forward," isn’t helpful.

We need to take a broader view as women leaders and think, "What were the hurdles that held us back or that potentially could have held us back, and what can we do now to make future roads much smoother for others?” This means carving time and space from your schedule to pay back in a way that’s centered on a person who actually needs to be mentored, and ask, "What is your journey? What do you want to do? What are the terms that are your must-haves and things that you will not decommit to?"

Another powerful thing we can do as senior leaders is to also open doors to connect with other individuals who might have a different story than us. There’s no cookie-cutter approach to success, so it’s important to expose those we are mentoring or sponsoring to other senior leaders so they can learn and cultivate their own individuality and set a path for their own journey to the C-Suite. 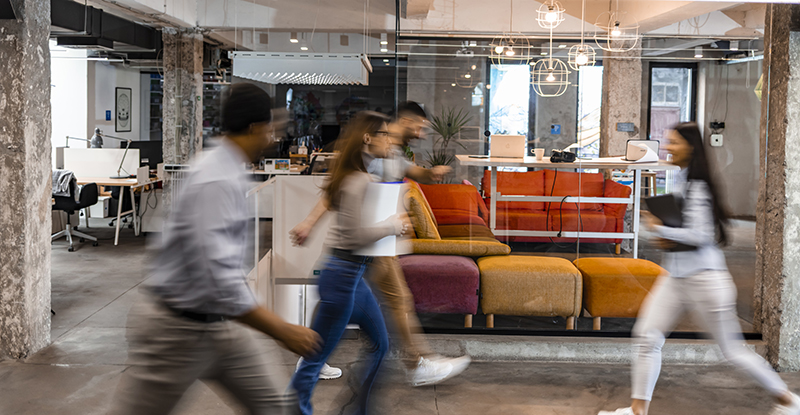 What distinguishes high-performing organizations from others? Oftentimes, team members have strong awareness of what it takes to play a constructive role as a member of their high-performing team. 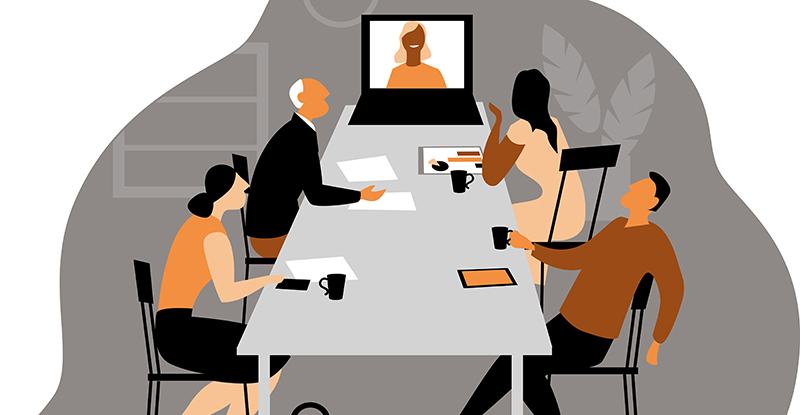 Longer hours. More emails. First-time projects. New tech. During the switch to remote, then hybrid work, these efforts enabled many teams to maintain or even improve  their productivity. 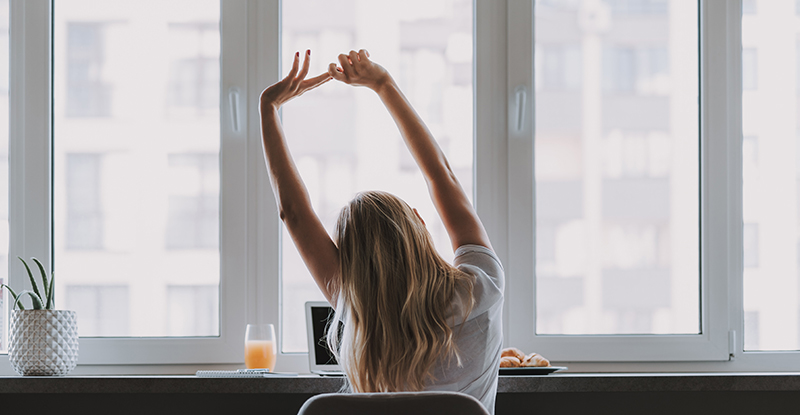 Career Development
Detoxifying the office: How to create healthy and secure workspaces 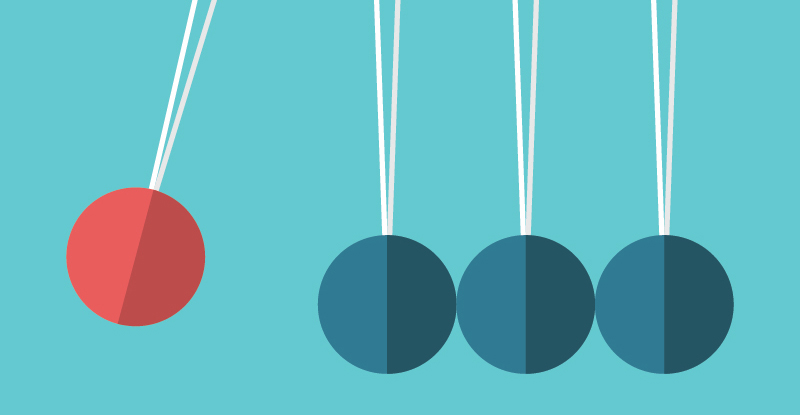 Career Development
The future of work - what it means for leaders

These are turbulent times. Leaders at every level are facing a new reality that continues to evolve. The challenge of meeting new demands and expectations is extraordinary.