Lori Mathison joined the Chartered Professional Accountants of British Columbia (CPABC) as President and Chief Executive Officer in 2017. She leads the organization’s Executive Management Committee and represents the province on the national Council of Chief Executives for the Canadian CPA profession.

Previously, Lori was the managing partner of the Vancouver office of Dentons Canada LLP, where she was a partner in Dentons' Tax Law group and practiced both tax and corporate law for almost 20 years.

In addition, Lori has served as a Trustee for the Vancouver Public Library, as a Governor for the Canadian Tax Foundation (CTF) and as a Councillor of the Architectural Institute of British Columbia. She has written and presented on taxation matters for many organizations, including CPA Canada, CTF, Continuing Legal Education, and UBC.

Lori was recognized by her peers with a CPA fellowship designation in 2016, and as one of Canada’s leading lawyers in the area of Tax Law by the Best Lawyers in Canada publication in 2017. In 2020, she was named one of Business in Vancouver’s Influential Women in Business.

She holds an LLB and a BCL from McGill University and a B.Comm (Hon.) from the University of Manitoba.

Amy Lam is the executive vice-president, corporate services and CFO for CPABC. She and her team are responsible for the organization’s finances and operations, including its IT and People & Culture functions, data analytics, as well as external affairs and communications.

Amy played a pivotal role in the proposed unification of the accounting profession back in 2012, while working with ICABC. In addition to developing submissions to government, she managed unification-related consultations and communication with ICABC members and other stakeholders.

Her contributions to the accounting profession include playing a lead role in drafting national accounting standards for private enterprises; developing initiatives for ICABC members in industry; establishing a national conference on sustainability; and developing a technical review process for national accounting publications and professional development courses. Amy has also served on a technical advisory panel for the Auditor General of BC, and as a panelist and speaker at accounting conferences.

Amy’s volunteer work has included roles as the Vice Chair of the CPA Canada – Hong Kong Chapter board, and as a Director on the board of the Canadian Dragon Boat Association. In 2020, Amy was honoured with a Business in Vancouver BC CFO Award. 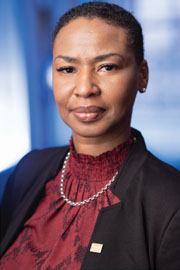 Simone Leonard is the Executive Vice President, Learning and Engagement at CPABC. Simone and her team are responsible for the learning programs developed and delivered for CPAs, the overall engagement and satisfaction of our members, students and employers who train our students, as well as overseeing the practical experience reporting requirements of the CPA program.

Simone has worked for the profession since 2006 and has led and served on a number of legacy and CPA national, provincial, and regional workgroups and committees that have, and continue to shape the profession’s educational content, practices and policies.

Prior to working for the profession, Simone was the senior financial officer for a publicly traded, Canadian company where she oversaw all accounting and finance functions for the organization and partook in, and supported its growth through mergers and acquisitions. In her earlier accounting career she held a variety of accounting and finance positions in other privately held for-profit and not-for-profit organizations, and also had an opportunity to work within public practice for KPMG during the latter part of her post-secondary years.

In addition to her CPA designation, Simone holds an MBA from SFU’s Executive MBA Program and enjoys serving community through her past volunteer board work for a local non-profit and through contributing her time to mentorship programs offered by SFU and the Greater Vancouver Board of Trade. 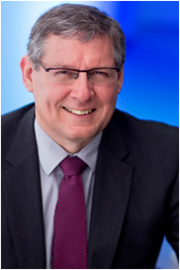 Jamie Midgley is the executive vice-president, regulation & registrar for CPABC. He and his team are responsible for overseeing regulatory matters, including membership, continuing professional development (CPD), public practice, investigations, and discipline.

Jamie joined the Institute of Chartered Accountants of British Columbia (ICABC) as senior director of regulatory affairs in 2009, and has served as a member or chair of numerous national regulatory working groups. He played an integral leadership role in the unification initiative dating back to 2011.

He was and continues to be a very active participant in the national processes that developed CPA regulatory recommendations for adoption by provincial bodies across Canada. In 2019 he was appointed as Chair of the Public Trust Committee, which has oversight over national regulatory activities. In addition, Jamie is a leader of the regulatory teams in BC that developed and implemented the CPABC regulatory processes that became effective June 24, 2015 with the proclamation of CPABC legislation.

Since 2015, Jamie has led multiple initiatives to effect change as regulatory processes and requirements evolved. At the provincial level, this included the implementation of new CPD sanctioning powers and improved transparency of the CPABC discipline process, benchmarking it against other regulatory bodies in BC and across Canada. Nationally, he led initiatives that developed recommendations for requirements for members who wished to provide assurance services or business valuation services; and minimum professional liability insurance requirements.

In the community, Jamie has supported the Pacific Space Centre Society and the Arts Umbrella Association and Foundation. 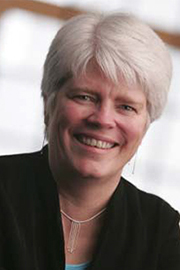 Jan Sampson is the governance and strategy officer for CPABC. She supports the CEO and the Board in governance and strategy, and is responsible for the development and implementation of CPABC’s Indigenous Engagement plan as well as the delivery of the CPA Financial Literacy Program in BC. Jan is a member of the profession’s national steering committee tasked with implementing the Competency Map 2.0.

Jan was previously the executive vice-president, member and student experience for CPABC, and has held other senior positions within the organization, including as the chief operating officer at the Institute of Chartered Accountants of BC (ICABC); director of practice review and licensing; and director of member services.

Before joining ICABC Jan had an interesting and diverse career in public practice with Deloitte and its predecessor Touche Ross and served as a volunteer on a variety of ICABC committees.

Jan currently serves on the boards of the Credit Counselling Society of BC, the Vancouver Opera Association, and is a member of the government’s advisory committee, the RDSP Action Group.