Watch Out for the Latest FAD (Rules)

What are the FAD rules and why should you care?

The FAD rules were originally introduced in the 2012 Federal Budget to target cross-border transactions that were perceived to be eroding the Canadian tax base. These rules are very complex and fact-specific. Generally, the rules apply when a corporation resident in Canada (CRIC) that is controlled by a non-resident corporation (“foreign parent”) makes an investment in a foreign affiliate (FA). The most common types of investment made by a CRIC in an FA are acquisitions of the FA’s shares or of an amount owing by the FA, and capital contributions or loans to the FA.

When the FAD rules apply, two results are currently possible:

There are three key exceptions to the application of the FAD rules. First, there is an exception for a pertinent loan or indebtedness (PLOI). A PLOI election can be made on the amount owing by an FA to a CRIC, thereby excluding the loan from the FAD rules. The PLOI is subject to interest imputed at the greater of the prescribed rate or the rate applicable on any debt obligation incurred by the CRIC to fund the PLOI.

Third, there is an exception for—among other things—certain rollover transactions or corporate reorganizations that involve the acquisition of FA shares from related or predecessor corporations.

Thus far, advisors have generally only ever had to consider the FAD rules in the context of Canadian companies that are part of large multinational groups. That’s because the existing FAD rules apply only when an FP is a non-resident corporation.

What the new amendments propose

The bycatch of the FAD extensions

By casting the net wider to include Canadian companies owned by non-resident individuals, non-resident trusts, and/or certain resident trusts with non-resident beneficiaries, the proposed extension of the FAD rules has the potential to catch taxpayers whose circumstances do not seemingly meet the rules’ original policy intent.

One of the more surprising circumstances under which the new FAD rules could apply is where a Canadian corporation is controlled by a trust (Canadian or foreign) that has non-resident beneficiaries. This is because the proposed amendments include a special rule to assist in determining if a non-resident person controls a Canadian corporation where the shares of the corporation are held by a trust. In particular, the rule would deem each trust to be an “assumed corporation,” and—where the trust is a discretionary trust—it would deem each beneficiary of that trust to own all the shares of the assumed corporation. As a result, the non-resident beneficiary of the discretionary trust would be deemed to indirectly control the CRIC (by virtue of controlling the trust, which, in turn, would control the CRIC).

A common scenario in which this could happen is when a private company has been reorganized in an estate freeze and the growth shares of the company are held by a discretionary family trust. Under the proposed changes to the FAD rules, if one of the beneficiaries of this trust were to move to a foreign jurisdiction, they would now need to be concerned about the possible application of the FAD rules to any investment in FAs made by the private corporation (in this case, the CRIC).

Canadian corporations with shareholders that are non-resident individuals or trusts and that have made foreign investments would be caught in the widened net of the proposed FAD rules. However, all hope may not be lost, because there is a possible exception to the deemed dividend that would be triggered by the CRIC under the FAD rules for “more closely connected business activities”: the “Closely Connected Exception” found in subsection 212.3(16) of the Income Tax Act. While this exception is intentionally very narrow in scope, it could potentially provide relief in some private company situations where the expanded FAD rules would otherwise overreach in their application.

In general terms, the following three conditions must be met in order for the Closely Connected Exception to apply to an investment in an FA (otherwise known as a subject corporation or SC) made by a CRIC:

In situations where the expanded proposed FAD rules could apply solely because a Canadian resident family trust that controls the CRIC has a non-resident beneficiary, the trust may be able to find relief under the Closely Connected Exception. This would be particularly relevant in cases where the non-resident beneficiary is a family member who is in no way involved with the business of either the CRIC or the FA.

In any event, given the very stringent (and subjective) limitations set out in the Closely Connected Exception, a thorough review of the facts and circumstances would have to be completed before relying on this exception to avoid the application of the proposed FAD rules.

The amendments to the FAD rules proposed in the 2019 Federal Budget would greatly expand the scope and potential complexity of what are already very complicated rules for foreign affiliate dumping. We hope the Department of Finance Canada will amend these proposals to prevent them from being applied to businesses that should clearly be exempt, given the original policy intent of the FAD rules. However, as these rules are proposed to apply to all new investments made after the 2019 Federal Budget date, advisors need to consider the possible application of the rules to any scenarios in which a Canadian business has foreign ownership.

Devon Pannu is a senior manager in tax at KPMG LLP in Vancouver, where she specializes in Canadian corporate tax with a focus on industrial markets. 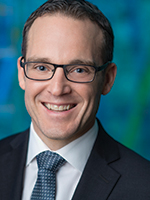 Shane Onufrechuk is a partner in tax at KPMG LLP in Vancouver, and chair of both the CPABC Professional Development Taxation Program Advisory Group and the CPABC Taxation Forum. He is also involved in teaching and course development for the CPA profession.