The Canadian Auditing and Assurance Standards Board (AASB) has decided to require communication of key audit matters (KAMs) in auditor’s reports for entities listed on the Toronto Stock Exchange (TSX) for periods ending on or after December 15, 2020. In January 2019, the AASB issued an exposure draft proposing to extend the applicability of this requirement to TSX-venture issuers and other listed entities for periods ending on or after December 15, 2021.1

KAMs are the most significant matters encountered by auditors during the audit process. International Standard on Auditing 701 requires auditors to describe these matters—and the steps taken to address them—in their reports. The purpose of this requirement is to enhance audit transparency.2

Australia has required KAM reporting since 2016 and, like Canada, has a large number of smaller listed entities—many of which operate in the mining and metals sector and the technology sector. The following example of a KAM is excerpted from the 2017 annual report of Crater Gold Mining, an Australian gold mining company:

We examined auditor reports for 362 companies with market capitalizations of less than AU$10 million and year-ends between December 2016 and December 2017.4 Here’s a summary of what we found:

However, while we found no significant change in audit fees associated with the introduction of KAM reporting, competitive pressures in the Australian audit environment may have kept audit fees stable. In addition, costs may have been incurred by both companies and their auditors in implementing the KAM reporting requirements that were not reflected in the audit fees charged.

We identified two potential benefits of KAM reporting in the auditor’s reports we examined. First, we found that the KAMs reported were effective in directing readers to important audit areas. The KAMs most frequently reported for each industry were those we would expect based on the nature of the industry. For example, in the mining and metals industry, the most frequently reported KAMs related to exploration and evaluation assets, acquisitions and disposals, other non-current assets, and liabilities and provisions. Thus, KAM reporting can benefit readers by pointing them to important audit areas, providing information about key judgments involved in these areas and explaining the nature of the auditor’s work.

The second potential benefit of this reporting is that it can provide audit report readers with more information about the matters identified as KAMs. We found this to be true in many cases; however, we also found situations in which KAMs were not transparent. For example, in our review of the annual report for Crater Gold Mining, we found that an impairment of AU$15 million was recorded during the year, reducing the exploration and evaluation asset from AU$23 million to AU$9 million. Total assets of the company after the impairment charge were AU$10 million. We did not find the KAM cited earlier in this article to be transparent, because it did not indicate that an impairment even occurred.

As indicated earlier, the AASB has issued an exposure draft proposing that KAM reporting be a requirement for TSX-venture issuers beginning in 2021. This exposure draft gives all stakeholders an opportunity to express their opinions on the costs and benefits of KAM reporting for smaller listed companies.

As KAM reporting is implemented, we believe that it must be transparent. Relatively standardized wording may be appropriate in certain situations where it is “business as usual.” Even boilerplate wording can help to educate users about the key judgments involved and explain how the auditor responded to specific issues. However, in cases like the one cited in this article, where unusual events have occurred, it is important that the issues faced in the audit are clearly captured in KAM descriptions. 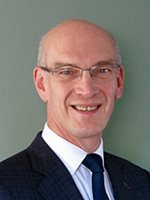 Fred Pries is an associate professor emeritus at the University of Guelph. He is a CPA member in both British Columbia and Ontario. 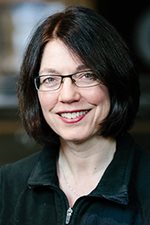 Sandra Scott is an associate professor at the University of Guelph. *She is a CPA member in Ontario.