Why modular housing can be one key solution to housing affordability 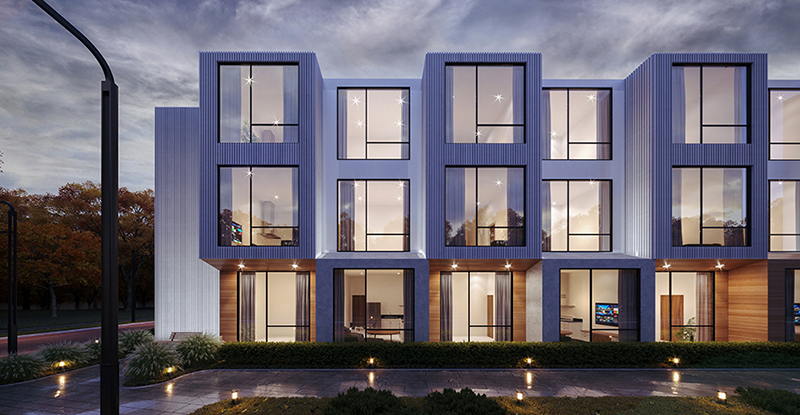 Long before online ordering at Amazon.ca, the Sears print catalogue was the major shopping source for Canadian families, especially those in rural areas lacking any nearby retail locations. They bought household tools and appliances through mail order as well as the same item of kids’ clothing in multiple sizes, with an easy return policy for items that didn’t fit.

But a lesser known item at Sears was the pre-fabricated single-family home, mass-produced in a US manufacturing facility by Sears, Roebuck and Co. More than 100,000 of these homes were sold between 1908 to 1940, shipped in “kits” throughout the US and Canada for onsite assembly. Priced at less than $2,500, kits included some 30,000 pieces, such as lumber, nails, paint, and shingles, plus an instruction book, similar to a child’s Lego set. Owners could hire someone or choose to build the homes themselves, often convincing friends and family to provide sweat equity.

Similarly, Eaton’s also offered these “mail order house” services for its Western Canadian customers, with most of these homes found on farms.

This early innovation is now back in style. In a bid to improve current housing affordability challenges and combat rising land and construction costs, many cities are returning to prefabricated (prefab) or modular construction. Prefab is now featured in everything from single-family homes and seniors’ complexes to six-storey hotels and 25-storey apartment buildings. These homes are currently being designed for BC’s Kitimat LNG employees.

The rise of modular housing

One organization, Stack Modular, specializes in this cost-effective construction method for multi-family housing, hotels, and student residences.  According to Stack Modular’s Operations Manager, Matt Hallaran, the major advantage to modular housing is manufacturers can build within a large indoor, climate-controlled factory, at a much faster rate, while demolition, excavation and foundations are concurrently completed on the actual site. Depending on the project complexity, shipping destination and other factors, a builder can save up to 50% on construction time and about 20% on the cost of traditional construction, due to a shorter financing period.

A six-storey hotel can be built on the factory floor in three months and assembled on site in about 20 days, allowing three to four months of additional finishing work for mechanical, electrical, and plumbing. Compare that to an approximate 24-month conventional construction timeframe for a similar project. Construction disruption to the surrounding neighborhood is also significantly reduced.

Contrary to some assumptions, a modular building is not a cookie-cutter, basic box. Pre-fab homes are incorporating modern and pleasing architectural elements plus customized, eco-friendly and smart home technology by design. People won’t even know they’re modular. 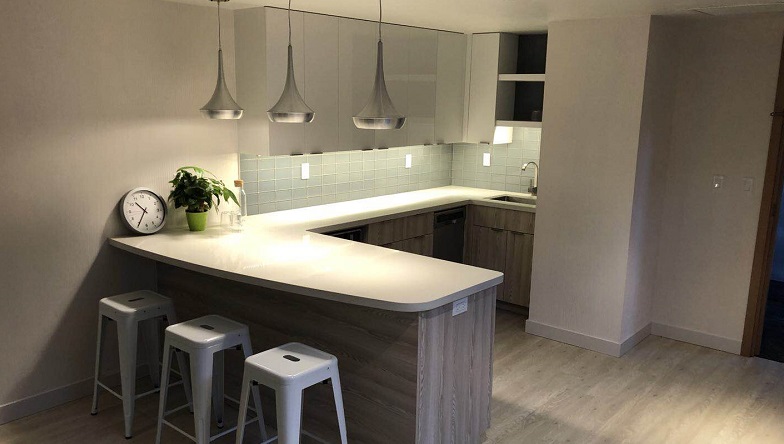 Some BC communities have already welcomed modular housing, approving projects for the homeless in as little as six weeks. But Canada has been slow to adopt this construction method for urban developments, unlike our European or American counterparts. One of the world’s larger hotel chains, the Marriott, recently opened a modular hotel with 97 rooms, called the Folsom Fairfield Inn & Suites, in California, with plans for more.

A 32-storey skyscraper was recently completed in New York with similar high-rise modular buildings to follow. Even the Swedish company, IKEA, is selling pre-fabricated homes called BoKlok. In the last 20 years, IKEA has sold more than 11,000 modern, prefab homes to European clients. They cost 40% less than their traditionally-built counterparts and are ready in eight to 12 months.

The Financial Times reports that prefabricated homes comprised 16% of Japan’s housing built in 2015. The Malaysian government went further, dictating 70% of all construction should be prefabricated.

Affordable housing in BC

For BC, where many are struggling to afford a good home in many communities, these prefabricated homes represent a smart living solution. With straightforward designs and high-volume manufacturing, they can help lower costs while maintaining high-quality standards.

What are we waiting for? In the midst of low vacancy rates, the increasing cost of living, and labour and skilled workers shortages, modular housing is one readily available solution that can quickly help with BC’s housing affordability and supply crisis.

Anne McMullin is President & CEO of the Urban Development Institute, an association of the real estate development industry which supports more than 220,000 BC jobs plus billions in economic activity annually. Through municipal fees and contributions, the industry funds the construction of daycares, social housing, parks, public art, museums, schools, and community centres throughout BC.

Interested in learning more about how the modular housing industry is contributing both innovation and affordable housing options to BC? Stay tuned for our profile on Metric Modular and its CFO, Joel Holloway, CPA, CA, on April 13.