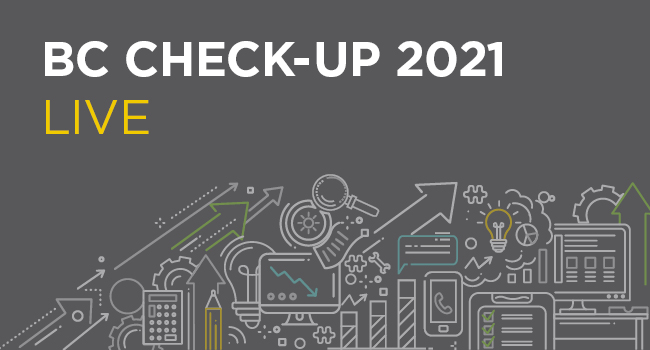 VANCOUVER, June 14, 2021 –  According to BC Check-Up: Live, an annual report by the Chartered Professional Accountants of British Columbia (CPABC) on demographic and affordability trends across the province, B.C.’s population growth declined by nearly a third in 2020 to only 56,757 new residents.

“The mobility restrictions and economic uncertainty arising from the COVID-19 pandemic disrupted typical migration patterns across the world,” said Lori Mathison, FCPA, FCGA, LLB, president and CEO of CPABC. “While B.C. experienced less of a slowdown compared to other provinces, the population gain in 2020 was the lowest since 2011.”

In the four years leading up to the pandemic, the province set record levels of population growth with an average of nearly 79,000 new residents a year. International migration has been playing an increasingly important role in driving B.C.’s population growth, with 77.3 per cent of new residents in 2019 arriving from outside the country.

The decline in 2020 was a result of non-permanent resident (NPR) migration falling by over 30,000 compared to in 2019 as the pandemic led to suspension of in-class learning and affected working opportunities for both international students and foreign workers.

“As we continue our economic recovery, it will be crucial to welcome immigrants to the province, particularly as the province continues to age,” noted Mathison. “However, one major disincentive to coming to the province is the lack of affordable housing, which has been hindered by supply issues.”

At the same time, B.C.’s housing market has been a challenge for many current and would-be residents, as supply remains tight despite increasing demand. From 2010 to 2020, BC’s population increased by 737,206 while the total number of residential housing units completed over the period was 316,510. In 2020, nearly 39,000 housing units were completed, up 3.0 per cent from 2019.

“While housing activity has been strong, it still trailed population growth. And as cities densify, older, larger housing units are being replaced with smaller units such as condos. In 2020, almost four of every five units completed were attached units,” said Mathison. “Strong demand for larger units as people worked and spent more time at home, record low interest rates, and inadequate supply has pushed the price of housing to new record highs.”

“For both the sake of our current and future residents, it will be critical to encourage greater housing development in order for British Columbia to be more affordable and accessible,” concluded Mathison. “Income levels have also not risen nearly fast enough to keep pace with housing prices. As we pivot from recovery to growth, there is also an opening to focus on ways to boost our province’s productivity and residents’ income.”

About CPA British Columbia
The Chartered Professional Accountants of British Columbia (CPABC) is the training, governing, and regulatory body for over 37,000 CPA members and 5,500 CPA candidates and students. CPABC carries out its primary mission to protect the public by enforcing the highest professional and ethical standards and contributing to the advancement of public policy. CPAs are recognized internationally for bringing superior financial expertise, strategic thinking, business insight, and leadership to organizations.